People have been meeting in Woodbridge since 1664. Noted for its progressiveness, Woodbridge still has some of that Colonial charm mixed with large modern glass Hi- Tech buildings, modern highways and trains.

Truly an All-American City – named by CNN/Money Magazine as one of the top 20 towns in America for a healthy retirement – Woodbridge has much history, too.

In 1751, Woodbridge became the home to the first permanent printing press in New Jersey, essentially creating a voice for the new nation. And George Washington lodged at Cross Keys Tavern in 1789 on his way to become the first President at his Inauguration which was in New York.

While in Woodbridge, NJSO athletes and their family and friends may want to visit some of these attractions or patronize our dining  establishments and shopping districts. And getting to Woodbridge or going somewhere from here is easy...highways converge here from all points of the eastern corridor.

If you need to travel, downtown New York is a short trip by train or bus (40 minutes) and the famous New Jersey shore is equally close.

Bus service to New York and Atlantic City is excellent as is NJ Transit train service and Amtrak. There are opportunities for charter buses and guided tours anywhere you choose to visit in our beautiful state. It is only a short ride to Liberty Park to see the Science Center of the Statue of Liberty or journey to Camden to see the Adventure Aquarium.

But you do not have to leave the township to find a variety of restaurants and eateries as each of our communities offers great places to dine.

If you wish to keep up your physical fitness routine, visit The Club at Woodbridge or the YMCA at the Woodbridge Community Center.

Yes...Woodbridge is The Place to meet. It’s all here for you.

Woodbridge Township, with a population of 106,000 plus, is New Jersey's fifth largest municipality. 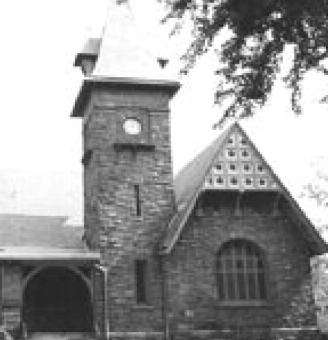 The Township of Woodbridge is the oldest original township in the state of New Jersey. It was settled in the early autumn of 1664 and was granted a charter on June 1, 1669 by King Charles of England.

Joseph Dally, in his history of Woodbridge (Woodbridge and Vicinity, published 1873), records that it was so called in honor of Reverend John Woodbridge of Newbury, Massachusetts.

Another illustrious son of Woodbridge, James Parker, was born in 1714 and established the first permanent printing house in New Jersey in Woodbridge in 1751. He was a business associate of Benjamin Franklin.

In 1758 he established and printed, at Woodbridge, The New American Magazine, the first periodical of its kind edited and published in the Colony and the second magazine of its kind on the continent.