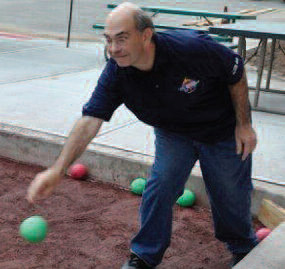 A team can consist of a single player and or a team of two called Doubles. Doubles can be two men, two women or one of each. The first team to reach 10 points will be declared the winner. This is a single elimination tournament. There will be competition in each age division. Equipment will be provided.

Please note: age group divisions may be combined if there is not enough competitors in a given age group.